Auburn Hills is the crossroads for 40 multinational corporations from 32 different countries. Residents experience the convenience of city living with the amenities of one of the better suburban settings around. Our Auburn Hills office shares a location with our sister companies, Allegiance Title and Range Lending, forming a collaborative oasis for the best real estate experience around.

Find all of the latest and greatest Auburn Hills listings below. Find out why more than 25,000 residents call this area home where they live, work, and play. If you are interested in learning more about homes in Auburn Hills, use the button below to contact us. 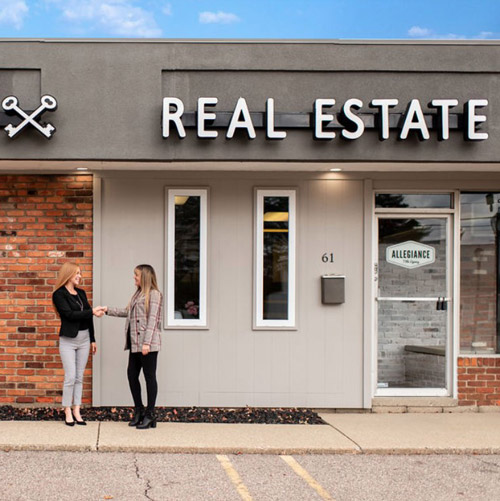 Auburn Hills offers one of the best suburban experiences near metro Detroit. With many great companies headquartered specifically in Auburn Hills, the economic opportunity in the area is one of the best. In addition, numerous entertainment venues, including some great parks, make the area a favorite place to live and play. Housing inventory is rock solid in the area, and there are many great choices for a home.

The area was first named Auburn, after a town by the same name in New York, in 1821 by a settler. It experienced a brief boom, but was overtaken by nearby Pontiac by the 1860s. It was revitalized in the years following purchases by members of the Dodge family, whose estate eventually became the site of the then Auburn Heights Civic Center, which was renamed later when the city became the modern Auburn Hills.

The area has access to great shopping destinations, an aquarium, excellent parks, and other entertainment venues. Four colleges or universities are located within the limits of Auburn Hills. There is no shortage of things to do in the area, and Detroit is always about a thirty minute drive away.